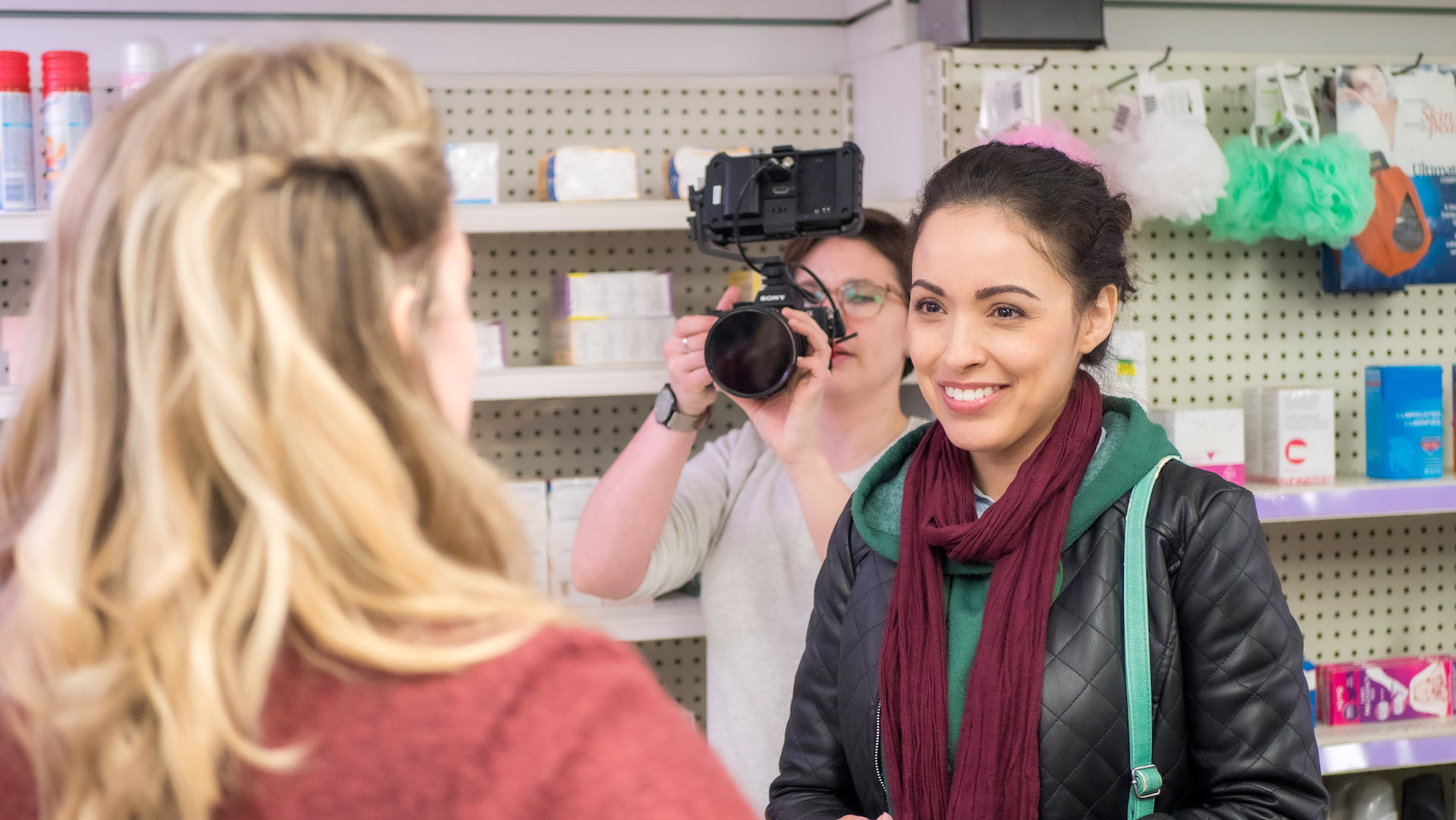 In this story, Rachel and Rob both have careers, a house, and a healthy marriage – checking off all the “adult-ing” boxes. The next natural step in their lives would be starting a family. As the story progresses, Rachel meets various characters: a new mom, an old family friend, and an over-sharing checkout clerk. These interactions make Rachel question whether or not motherhood is what she’s always wanted, or if it is a social pressure that has been put upon her as a woman.

This film raises the question: Does the potential father have a say in the future of their family? Or does the weighted decision lay on the woman herself? And what does that mean for their relationship?

My hope is that this film will allow viewers to have their own honest, healthy conversations about this tough topic. I hope they will feel it is OK to have these difficult conversations, all the while feeling validated in their own personal choices.

As a director, I experimented with finding a thought-provoking balance between comedy and drama elements. Many of these stories sit in either a pure drama environment or a pure comedy environment. In my opinion, life isn’t so black and white. I used comedy elements to bring out the joy and love in Rob and Rachel’s relationship, as well as playing in the awkwardness that comes with acquaintances (and even complete strangers) casually weighing in on one’s choice to bear children.

I started to mix comedy/drama elements as Rachel begins to question where motherhood fits into her life. I left in comedy elements as Rob catches up to the changes Rachel is feeling. My intention with this was to echo the fact that they are not quite on the same page anymore. However, once the weight of not knowing what is going to happen next sets in for Rob, we are immersed in a packed dramatic scene.